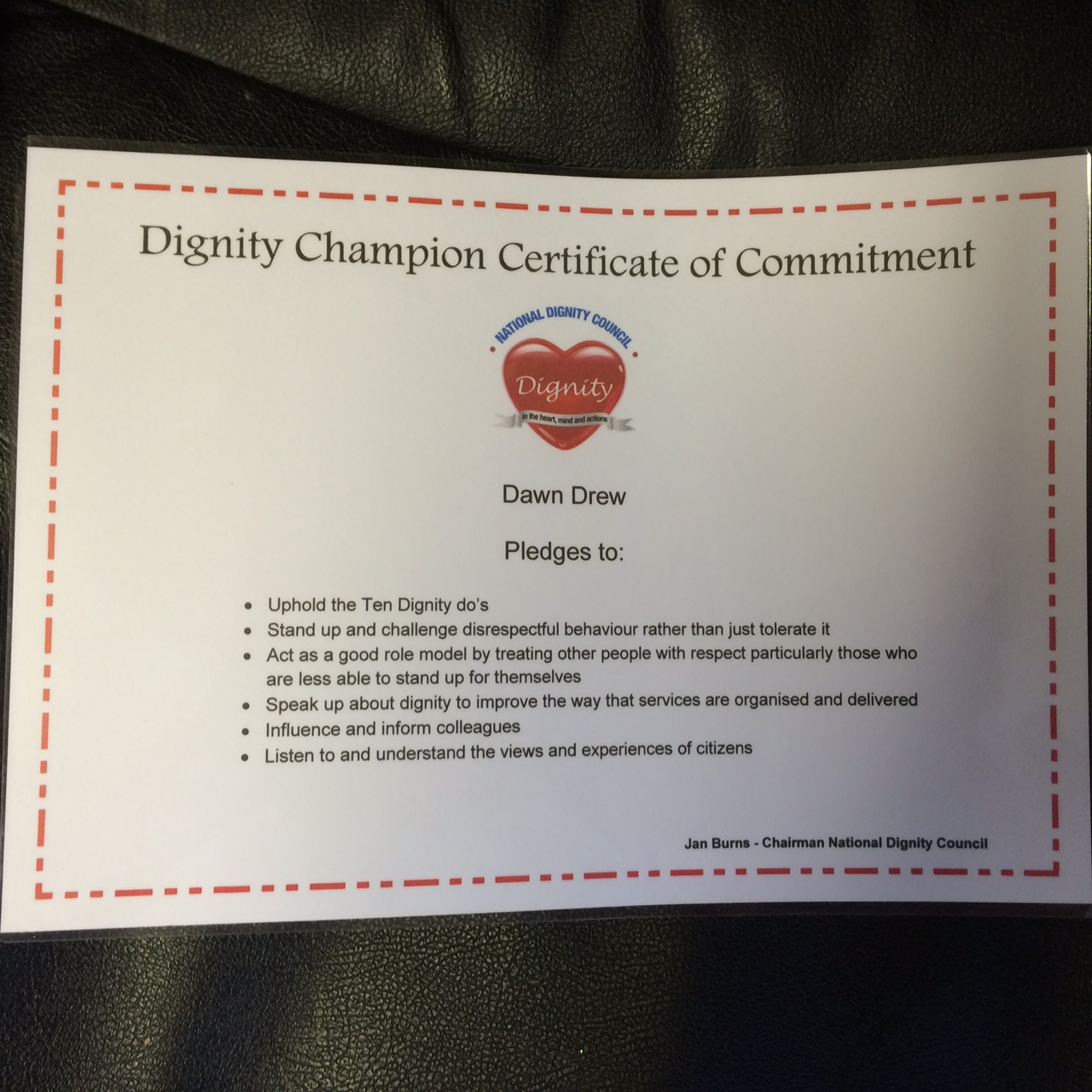 A Dignity Champion is someone who believes passionately that being treated with dignity is a basic human right, not an optional extra. They believe that care services must be compassionate, person centred, as well as efficient, and are willing to try to do something to achieve this. So far over 70,000 people have signed up to be Dignity Champions, all pledging to challenge poor care, to act as good role models and, through specific guidelines issued by the campaign, to educate and inform all those working around them.

Despite Covid 19, CQC agrees we are admitting people safely to our homes