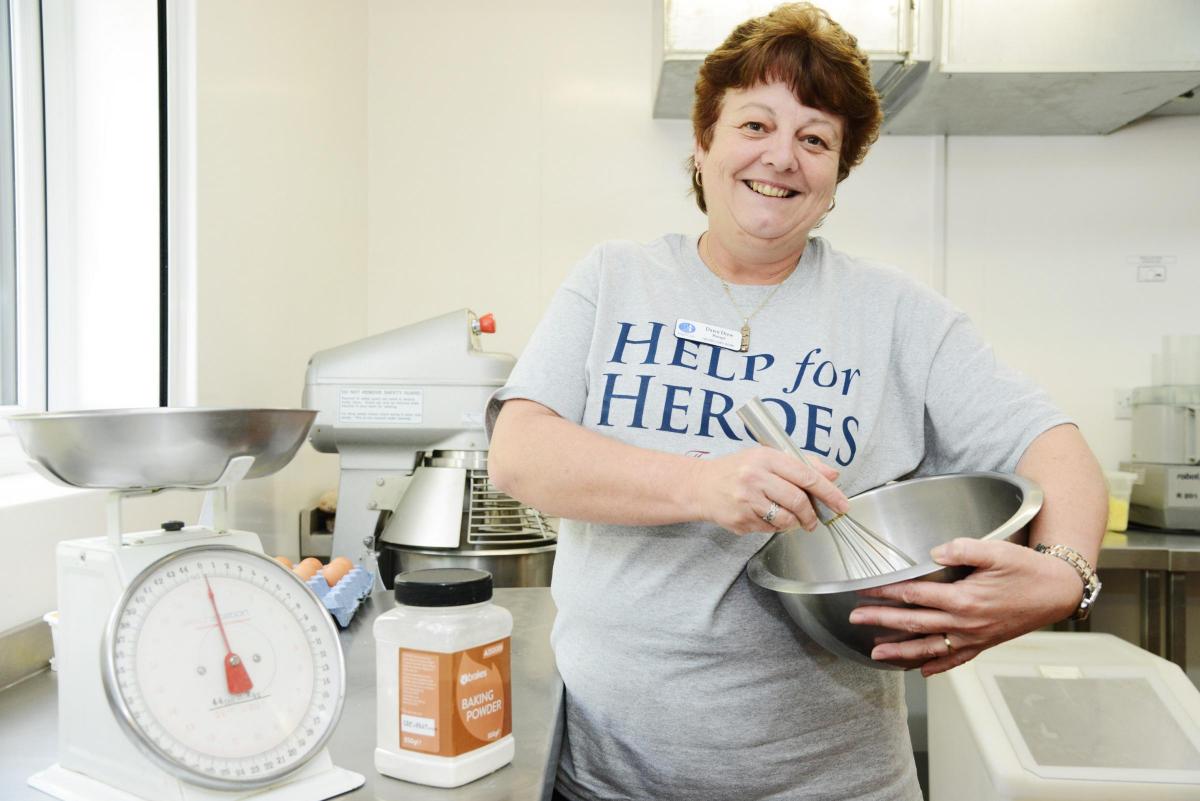 CARE HOME STAFF BACK BAKE FOR HEROES IN SWINDON

A HOST of sweet treats will spring from the oven later this month as staff at a Swindon care home take part in armed forces charity Help for Heroes’ baking campaign.

Bake for Heroes takes place throughout April and staff and residents at Orchid Care Home in Guernsey Lane will be doing their bit.

And for care home manager Dawn Drew, 53, from Haydon Wick, the baking drive is made more special by the fact that she used to be an Army nurse.

Proud to support the charity, Dawn said: “I saw first-hand the meaning of war and the devastation and impact it can have on young people and their families.

“When I was training with the Army it opened my eyes to how people pull together and support each other in every way they can.

“I think Bake for Heroes is a really good idea because all ages can take part, from the very young to the very old.”

She completed her nursing training with the Queen Alexandra Royal Army Nursing Corps and later went on to work at the Queen Elizabeth Military Hospital in Woolwich between 1982 and 1985. She worked at the hospital during the Falklands War when injured and wounded service personnel would return from war.

She has managed the care home for the past two years and is looking forward to the bake-a-thon on Friday, April 28. She said: “Our kitchen staff are going to do some elaborate cakes that we can raffle off with all the proceeds going to Help for Heroes.

“The residents are also having a baking session and making cupcakes decorated in Help for Heroes colours. Baking is not my strong point. I’m probably better at icing the cakes than baking them. We have 84 residents here and we have very supportive relatives who always come along to things like this. No doubt quite a few will be joining us in the afternoon for tea and cakes.

“We do tend to do what we can in terms of fundraising at the home for various causes, and this gives me an opportunity to do something for a charity that is particularly close to my heart.”

Dawn said: “As well as caring for those with physical injuries, there is now a focus on those with mental injuries and the mental wellbeing of those who return from duty.

“I’m really pleased to see this because it has been sadly lacking in many areas of society.”

To find out how to get involved, log on tohelpforheroes.org.uk